Not surprisingly, some reports say that there are as many as 20 million fake Twitter accounts. With a reported 500 million registered users, that comes out to roughly 4% of all Twitter accounts being fake (bots).

While I use social media management tools to easily clean up my stream, at times I like to see how easy it is to spot a fake Twitter account. When you are growing your Twitter account, it is important to pay attention to those you are following. While there are some obvious tell-tale signs, some users are making it tougher to decipher if they are real or fake.

I know there are sites that supposedly can do this for you, but what is the fun in that? Here are some of the things I look for when determining whether or not a Twitter account is fake.

1. They Are An Egghead

Literally. By egghead, I am referring to the Twitter user in question not taking the time to upload a profile image. Most real people will upload some sort of profile image. While not every egghead is a fake or bot account, this is typically a sign of a lazy person. Or a bot. You decide.

2. They Use Stock Profile Images

While this move might be a step up from being an egghead, most fake accounts get this wrong. They either use stock images or a profile image shared by other fake accounts.

[PRO TIP] Use Google to find out if a profile image has been used by others.

To do this you can right click on the profile image and copy the link location. Then simply go to Google Images and search by URL. Paste the URL and find out if others are using this same image.

[BONUS TIP] Narrow down your search to just Twitter results by added “site:twitter.com”. For example, see how many times this Twitter profile image is used by others.

An empty Twitter bio is almost a dead giveaway that the profile you are looking at is a dud. This underutilized real estate is key to informing your followers (or potential followers) who you are and what you’re about. Skipping over this is typically a sign of not only laziness, but a tell-tale sign the account is almost certainly fake.

While this does not run rampant like it previously did, if you see a profile’s stream that is all the exact same or very similar tweets, chances are that you are viewing a fake account.

Most notably, if the tweets are all @replies with the same text, you have found a bot account.

While there is no doubt some excessive self promotion on Twitter, some accounts constantly tweet the same thing. Odds are a human is not behind each of those tweets, and better yet it is a sign of someone who does not use automation effectively.

This is an easy one. There are multiple things to look for in a screen name. The first is if you see the profile URL as something like “twitter.com/john-smith” but when you view the profile, the first and last name listed above the bio has no relation to the URL.

For example, it would say something like “Sarah Jones” which obviously has no direct relation to “John Smith” that is in the URL.

The other red flag regarding screen names and URL combinations is if you see an incoherent URL like “twitter.com/kaywhyeleenq”. Viewing this URL you will see that while this profile has many red flags, the first and last name listed in the profile has no direct relation to the URL.

While, not all profiles will have a direct relation, most of the time if the URL does not even contain legitimate words or phrases, it is a common sign the profile was automatically generated via software and not a human.

Most of the time fake Twitter accounts simply spew off tweets that directly benefit themselves, like linking directly to their site. However, there are many fake accounts that simply post gibberish or random incoherent thoughts that make absolutely no sense.

7. Has Not Tweeted in Years

Back in the earlier, wild-west days of Twitter, automation was manipulated quite a bit. However, as Twitter has evolved their API access and rules, previous bots and some of their automation no longer work.

Twitter has limits on certain things you can do. For example, how many people you can follow. This limit is set to 2,000. Once you follow 2,001 people, you must have at least 2,000 people following you back before you can exceed the 2,001 limit.

A common limitation of bots is that they are not smart enough to manage their following restrictions to get around this limitation. Therefore, many fake accounts get stuck on following 2,001 users.

Once an account gets past the 2,001 following limitation, then I believe the unwritten rule is that you can follow 10% more than are following you. So if your account has 2,000 users following it, then theoretically you can follow approximately 2,200 users.

9. No Interaction With Others

Accounts that show no signs of interaction with others are often fake accounts. Social media is meant to be a two-way conversation. Those accounts who simply do not interact with others is often a sign of a bot account.

The quick way to find out if there is interaction with other users is to simply view recent tweets by the user. If you can see that within their last 20-30 tweets there are no @replies or retweets, chances are the account you are looking at is automated/fake.

10. No or Low Follower Counts

Another common sign of a bot account is an account that does not tend to have anyone following the account back. This is commonly seen with accounts that are following 2,001 users but only have a handful of accounts following back.

While there are a number of reasons someone may not want to follow an account, chances are in this case it is due to the account not being worth one to follow. Twitter users are becoming smarter at whether or not someone deserves to be followed back.

Ensure your account gains followers by being active, sharing, and interacting with your followers. A great way to increase engagement and interaction is by sharing social media memes.

11. An Unrealistic Amount of Tweets

No doubt automation has its place in Twitter when used responsibly. However, a sure sign of an automated/fake account is typically an insane amount of tweets that is more than likely not humanly possible.

I mean, who has the time to tweet 123,684 times? In the image above you can see how tweeting this often did wonders for increasing the amount of followers for this account. 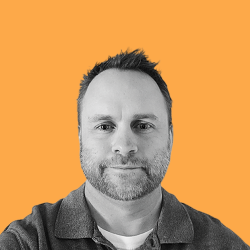 Chris Makara
Since 2003, I have developed an in-depth of experience in Interactive Marketing & Digital Strategy, with a focus on SEO, Social Media & Demand Generation. I am an avid Football Fan, Golf Enthusiast & Ambidextrous Bowler. I can also be found on LinkedIn and Twitter.

Related Posts
I’m Chris Makara and I share my 13+ years of
Real world digital marketing experience
without the theories or concepts.
I can help you with your digital marketing.
Contact me below to get started. 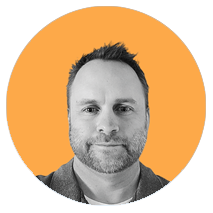